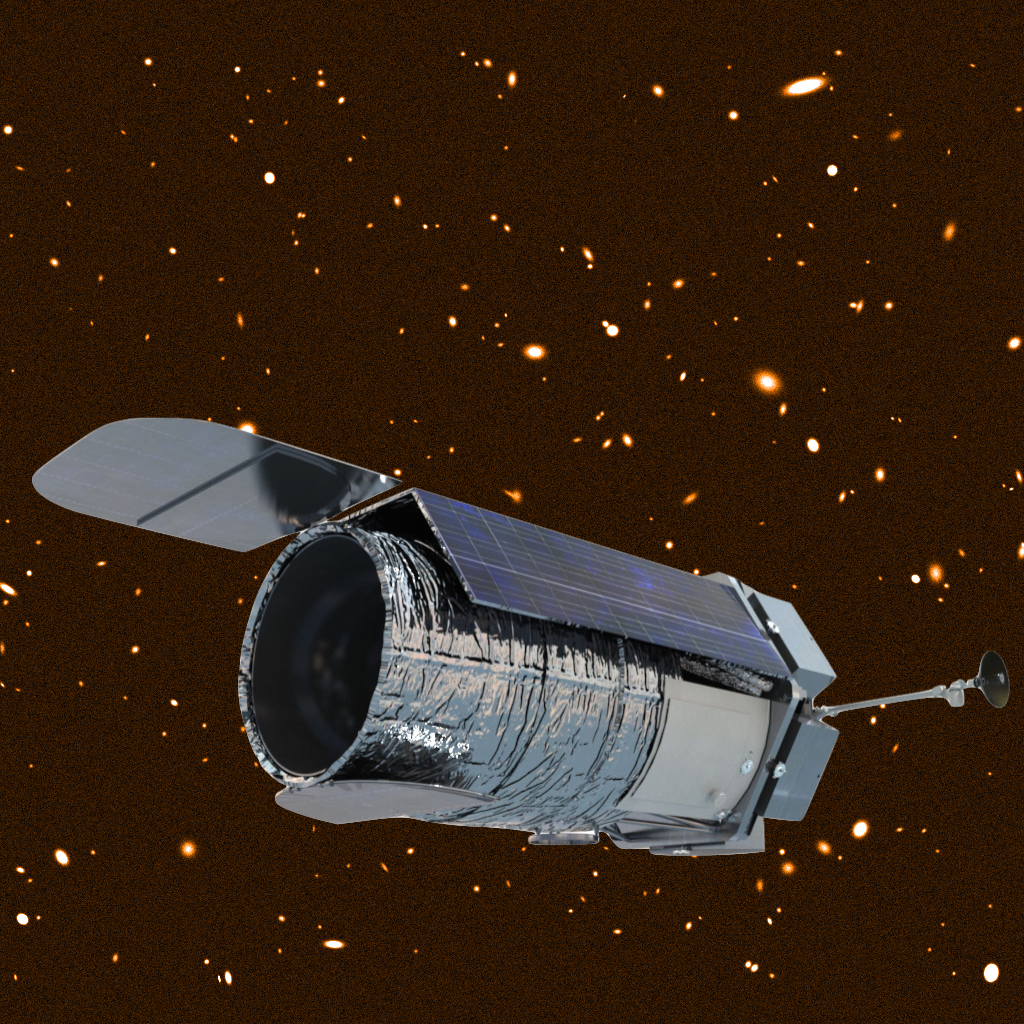 The Roman observatory. This is the baseline design that is being studied and modified by the Science Definition Team.

The NWNH report noted that, "WFIRST [now The Roman Space Telescope] will settle fundamental questions about the nature of dark energy, the discovery of which was one of the greatest achievements of U.S. telescopes in recent years. It will employ three distinct techniques - measurements of weak gravitational lensing, supernova distances, and baryon acoustic oscillations - to determine the effect of dark energy on the evolution of the Universe. An equally important outcome will be to open up a new frontier of exoplanet studies by monitoring a large sample of stars in the central bulge of the Milky Way for changes in brightness due to microlensing by intervening solar systems. This census, combined with that made by the Kepler mission, will determine how common Earth-like planets are over a wide range of orbital parameters. It will also, in guest observer mode, survey our galaxy and other nearby galaxies to answer key questions about their formation and structure, and the data it obtains will provide fundamental constraints on how galaxies grow. WFIRST [now The Roman Space Telescope] addresses fundamental and pressing scientific questions and will contribute to a broad range of astrophysics. It complements the committee's proposed ground-based program in two key science areas: dark energy science and the study of exoplanets. It is a part of coordinated and synergistic programs in fields in which the United States has pioneered the progress to date. It presents opportunities for interagency and perhaps international collaboration that would tap complementary experience and skills. It also presents relatively low technical and cost risk, making its completion feasible within the decade, even in a constrained budgetary environment. For all these reasons it is the committee's top priority recommendation for a space mission."

Since its initial vision as outlined in the Decadal Survey, the Roman Space Telescope has evolved into an even more powerful astrophysics concept, especially for investigations of exoplanets. Advancing the technology for direct imaging of exoplanets was the top priority medium-scale space investment recommended by NWNH. The development of a coronagraph with active wavefront control for the Roman Space Telescope accomplishes this objective and, thanks to the larger 2.4-m telescope, achieves far more real science than would be possible on a technology demonstration mission with a much smaller aperture. Coronagraphy on the Roman Space Telescope will be a major step towards the long-term goal of a mission that can image habitable Earth-mass planets around nearby stars and measure their spectra for signs of life.